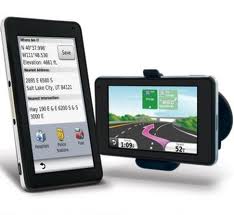 In August, Garmin unveiled its new line-up of GPS devices for 2012 in plenty of time for people to decide which they would like for the holidays. These new car navigation systems include more advanced features than previous versions, including traffic services, and include basic models as well as mid-priced and premium models.

In the basic category are the $110 Nuvi 30, which has a 3.5-inch display, the $120 Nuvi 40, which has a 4.3-inch display and the $150 Nuvi 50, which has the largest display at 5 inches. These basic models now have features that were previously only included in premium models, including reality view, speed limit indicator, lane assist and spoken names of streets. If you spend a little extra to get the $160 40LM or the $180 50LM you also get lifetime maps along with your GPS unit, but you still need to get one of the mid-range or premium models to get traffic information. Even so, these new units offer a lot more than previous basic models from Garmin. If you need updated maps, you may be better off purchasing one of the newer models to get the added features, especially if you purchase a model with lifetime map updates, as the map updates can be almost as expensive as a new GPS.

Traffic features included with the $170 Nuvi 2455LT and the $190 Nuvi 2555LT include a screen that offers a split-view, showing both the regular GPS map and another map that shows upcoming major junctions, as well as what Garmin calls ‘3D’, its free traffic service that uses both information from traffic sensors, cell phones, news station and other GPS devices and past data to give you traffic updates along your route. More advanced models are also faster at calculating your route and displaying this information. Some models include a hands-free option using voice recognition and Bluetooth connectivity to make it easier to change your route while driving.

The higher-end Nuvi GPS devices look similar to the Apple iPhone. They are only 9mm thick and come with a case similar to that used with smart phones. They also have glass displays that let you zoom in by pinching the screen through multi-touch technology. These include the $330 to $400 GPS devices in the Nuvi 3400 series.

Features on the Nuvi 3400 series include the ability to predict destinations and learn the commonly used routes of users, as well as the ability to see your route from overhead. You also get more traffic detail, since the traffic information sources include HD radio in addition to the sources used for mid-range models. This information is updated as often as every 30 seconds. These GPS devices can also read aloud any text messages you receive through their Safe Texting feature.

The 2012 Garmin lineup became available for purchase in October 2011. If you are looking for a really good deal on GPS devices, you might want to consider purchasing one of the 2011 models, since many retailers will put these on sale now that the 2012 Garmins are available.